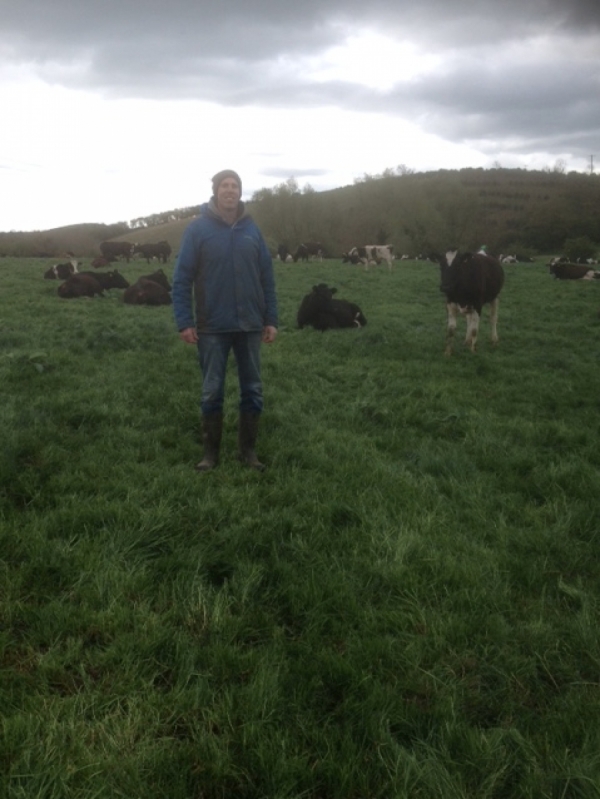 The CoseIcure soluble glass boluses supply the same levels of ionic Copper, Cobalt, Selenium and Iodine every single day for up to six months. These trace elements can play a vital role in fertility and health. Also in the range is the Cosecure Cattle bolus, which is the only registered LM bolus in Ireland, and which provides Copper, Cobalt and Selenium. The CoseIcure and Cosecure range is enjoying rapid growth in Ireland. It is being increasingly specified by beef and dairy farmers, as well as vets, who are looking for a high quality bolus that provides a solid return on investment.

One such farmer is Paul McCullagh, who farms in Drumcondrath, Navan, Co. Meath. He has a 280 dairy cow herd that consists of 70% Holstein and 30% Jersey crosses. He supplies milk to Glanbia and Lakeland Dairies so his dairy cows need to be in peak condition to fulfil this demand.

We spoke to Paul to find out what difference the boluses made to his animals.

“Four years ago, I became concerned about the overall health and condition of the herd. I felt the cows were not performing as well as they could be. I have a spring calving herd and I found that at post calving time, the cows were appearing to be lacking in minerals.”

“I decided to investigate - I undertook forage mineral analyses in conjunction with Gerry O’Dowd (my local vet) and Bimeda. The results of these tests highlighted that there was a distinct lack of trace elements present- namely Copper, Cobalt, Selenium and Iodine. These trace elements have many functions that are essential to overall cow health, including for immunity and fertility.”

“The results alerted me to the fact that there was a real need to supplement my cows with trace elements. My vet Gerry O’Dowd recommended the CoseIcure Cattle Bolus from Bimeda. It was explained to me that, due to the unique soluble glass used, the bolus continually supplies the same amount of rumen-available Copper, Cobalt, Selenium and Iodine each day. Therefore I know exactly what each cow is receiving each day, which gives me peace of mind. It was also highlighted that CoseIcure Cattle Boluses last for up to six months”

“I bolus the cows ten days before they calf down so I know exactly how long they are receiving their much needed trace elements for. I am very happy that now 80% of my herd calves down in four to five weeks and I am experiencing very few calving issues. The CoseIcure Cattle Boluses have made such a difference to the health and condition of my herd. I have seen the improvement in my dairy herd first-hand and I would be very happy to recommend CoseIcure to anyone who needs to supplement their cows with trace elements.”