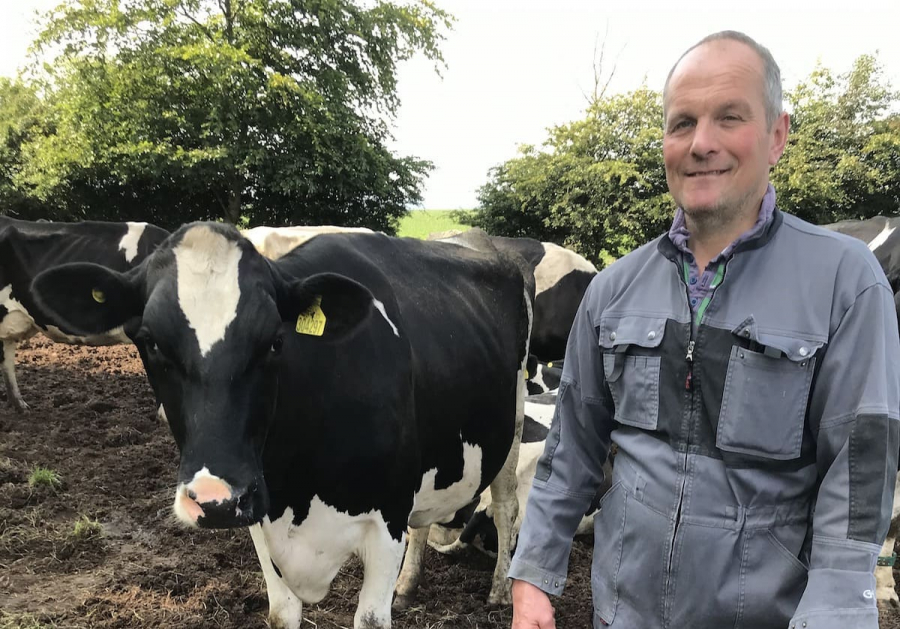 Currently milking 300 Holstein cows through a 16 x 16 Westfailia Surge herringbone parlour, lactation is now at 11,500 litres, cows being milked twice a day. Milk is sold to Arla, with a milk quality butter fat of 4.1 and protein at 3.3. Farm recording is carried out by CIS.

In 2015 the Lyall family were awarded the longevity award from National Milk Records with a cow which had successfully produced milk for 10 years. Calving September – April, using sexed semen, the bull calves are sold to Buitelaar and cross bred calves are reared or sold locally.

However, it wasn’t always smooth sailing on the farm and many years ago the Lyall family contacted their vet - David Black of Paragon Vets - to help get to the root cause of some issues they were encountering. Their herd of Holsteins were experiencing retained foetal membranes (RFM) post-calving and Stephen wanted to understand the root cause of the issue. Through his investigations, David Black determined that trace element deficiencies were likely playing a role, specifically selenium deficiency.

Consequently, David recommended introducing the Cosecure Cattle Trace Element Bolus to both the cows and the heifers at dry off. Cosecure Cattle is the only licensed (POM-VPS) multiple trace element bolus in the UK. Following on from the introduction of Cosecure to the herd, RFM was reduced.

Over time, the Lyalls' moved to the CoseIcure bolus which also supplies iodine, to better meet the nutritional requirements of their herd. The boluses have become an important part of herd health management on the farm. The programme which was started in 1993 continues to this day, almost three decades later, with each cow or heifer will receiving CoseIcure 4 weeks before calving.

Local vet practice Paragon visits the farm weekly to carry out routine health checks on the herd, and their vet Bruce Richards has worked with the family for many years now. Due to the continued flourishing of the herd, the next generation of this farming family will be able to join the team next year on completion of his education at the local secondary school.

Stephen commented, ‘I would recommend that any farmer who is experiencing unexplained health, fertility or calving issues carries out an investigation with their vet which includes a trace element / mineral analysis. On our farm, the trace element issues which were impacting the health of our herd were resolved through the use of the Cosecure and CoseIcure Cattle boluses. I would recommend that farmers who are in a similar situation speak to their vet about whether this product could be a useful aid on their farms.’

Nutritional supplementation of any kind should only ever be given on the advice of a veterinarian, nutritionist or animal health adviser, where appropriate diagnostics have taken place and a need for supplementation has been identified. Where over supplied, trace elements can result in toxicity, particularly copper and selenium.