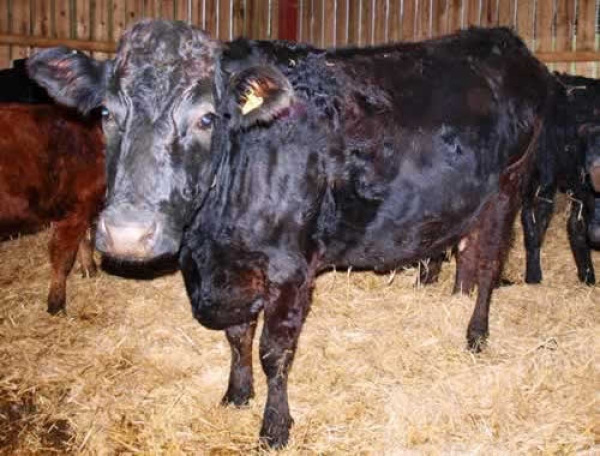 Mr Davies farms beef and sheep on a hill farm in Mid-Wales. The ground has been improved and both nitrogen fertiliser and lime have been applied, although it is some years since lime was put down. 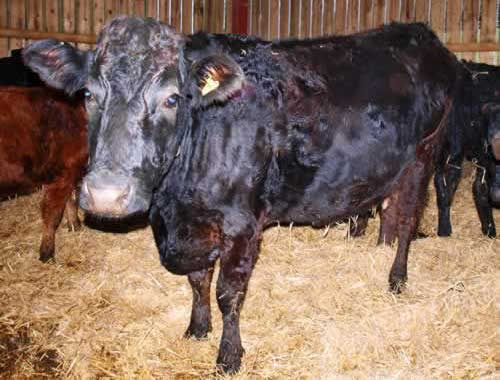 Before - Note the bald, 'spectacles eyes' and ginger coat 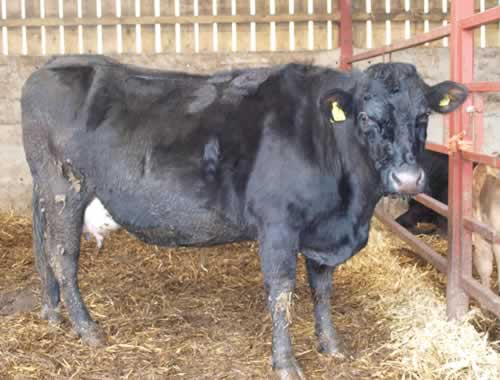 The cows are sent to high ground through the Summer for bulling and service with ad-lib minerals in troughs. They are brought in as late after silage as possible and wintered in with calves at foot. The calves are weaned and sorted in to groups for fattening in December, before the cows calve again in March.

The main problem highlighted was affecting the calves. Mr Davies says, "We had been having nice, strong calves but were having to suckle almost every one of them. They seemed healthy enough but just would not get up and suck. Suckling calves is a job that takes up valuable time when we are lambing at the same time.

This year cows and weanlings were dosed with CoseCURE in late January. The bolus is effective for up to six months so cows will be covered over bulling and calves will be covered until June/July.

Results of dosing the cows have already been seen. Mr Davies continues, I am surprised and pleased that the boluses have made such a difference - not to mention relieved!

Telsol recommended dosing with CoseCURE after taking analysis samples of both the hill grass and pit silage which the cows and fat stock are fed over Winter. Even though the cattle are all fed concentrates at the same time as silage and have ad-lib minerals when at grass, the levels of molybdenum, sulphur and iron in the samples indicated that rumen available copper was required.

Telsol also formulated and supplied powder minerals for the cows, working with the Cosecure boluses and supplementing the exact minerals and trace elements missing in the fodder. Mr Davies says this has saved him around £100 per tonne on the minerals he was using.