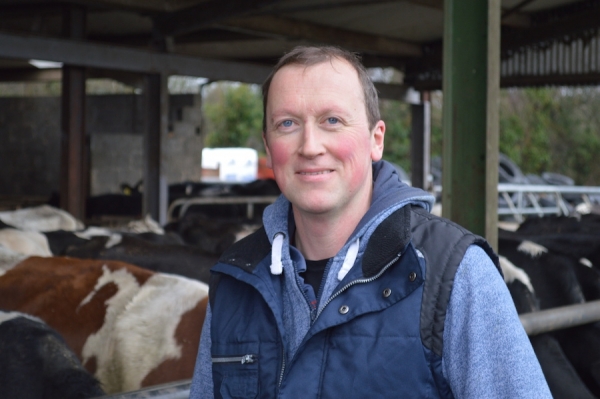 The CoseIcure soluble glass boluses supply the same levels of ionic copper, cobalt, selenium and iodine every single day for up to 6 months. These trace elements can play a vital role in fertility and health.

The CoseIcure range is enjoying rapid growth in Ireland; and is being increasingly specified by farmers, vets and merchants, who are looking for a high quality bolus that provides a solid return on investment.

One such farmer is Aiden Leddy, who has been farming for over 20 years and runs a 75 cow spring-calving dairy Friesian herd, in Araglen, Co Cork.  When investigations into the causes of fertility issues, retained afterbirths and poor coat quality pointed to high molybdenum levels, as well as low copper, selenium and iodine, his vet specified CoseIcure boluses. We spoke to Aiden to hear about the difference that CoseIcure cattle boluses have made on his farm.

Aiden, what types of problem were you experiencing with your herd before you started using the CoseIcure boluses?

It was clear that we had a problem just from the number of cows and heifers with retained afterbirths and dirty discharges after calving. Some had a gingering coat and grey patches around the ears. In addition, several of the animals were not cycling (anoestrus) and sub-optimal conception rates became a major issue. We assumed there was a problem with trace element status.

The increased labour input was a major factor and is quite difficult to quantify, as is the loss in productivity which was experienced. Additionally, the cost of withheld milk, various treatments and fertility protocols and vet fees gave rise for concern. I estimate the problem cost approximately €3000.

What other treatment methods did you use before moving onto CoseIcure boluses and what experience did you have?

Initially we tried copper injections, various boluses, bucket licks and nutritional supplements but nothing seemed to work. We were optimistic at first because we did notice coat colour changing on the animals, but the animals were still underperforming and continued suffering from retained afterbirths and low conception rates. It was very frustrating.

I consulted my vet (Pat Noonan, O’ Brien & Noonan, Fermoy) and he recommended that we organise blood and forage sample analysis to get a better understanding of the problem. The tests identified that we had a problem with copper and selenium deficiencies (with marginal iodine levels), and also that the grass contained extremely high levels of molybdenum. It was explained to me that the molybdenum and sulphur bind to form thiomolybdate, and that this thiomolybdate was depleting the cattle’s copper, which is needed for fertility and productivity.

The CoseIcure boluses supply the same amount of rumen-available copper, cobalt, selenium and iodine each day, so we know exactly what the cattle are receiving. We bolus twice a year – at drying-off and again pre-breeding. We blood sample some cows every year to monitor mineral levels.

And what benefits did you notice, Aiden?

The most noticeable and immediate effect was that the conception rate improved dramatically, especially in the maiden heifers and first calvers. Retained afterbirths are no longer an issue and I feel that the cows are healthier overall.