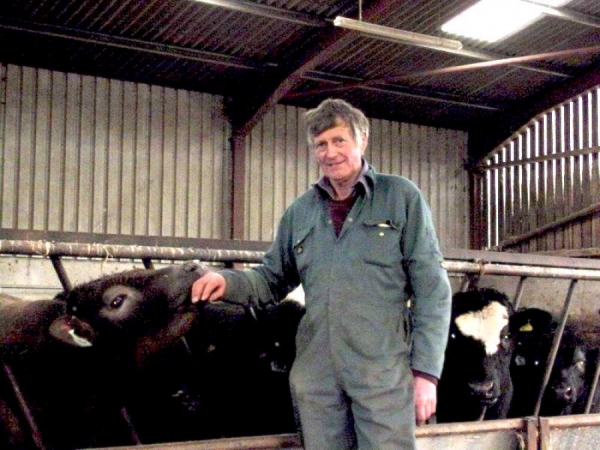 John, can you tell us about the type of farm you have?

I have been farming at Coxhorne Farm for more than 35 years; it is 200 acre Cotswold farm, north facing with significant rain fall which make’s the farm very difficult to work.

The first agricultural enterprise on the farm was dairy production which ceased in 1999 and was replaced by suckler beef herd fed on grass, grass silage straw and cake to finish animals.

What types of problem were you experiencing with your herd?

The milking herd at Coxholme was experiencing major problems with milk quality, low production output for the diets that were fed, poor fertility, un-thriftiness and mastitis.

I had deductions on my milk price because persistent low quality, cows not getting into calve, increasing veterinary bills for fertility, mastitis and poor calf health

Can you tell us about the other treatment methods you used before moving onto Cosecure boluses and what experience did you have?

Prior to using Cosecure, I was using increased copper in bought-in concentrate at an increased level which required a veterinary script and injection. But these treatments did not seem to make improvements.

I had been in conversation with the then-named Ministry of Agriculture Food and Fisheries, and my local area office were looking for trial farms to take blood and soil samples in conjunction with a new product being developed.

After a review of the samples, Mr David Price of Welcome Limited introduced me to Dr Stewart Telfer who developed the Cosecure boluses. Stewart visited the farm and discussed our problems. The results from the samples showed increased levels of molybdenum and very low levels of selenium in blood.

The farm veterinary practice was contacted and the subject of treatment for the problem was discussed and agreed. This saw the introduction of Cosecure Cattle bolus. The bolus’s unique copper was used to treat the molybdenum problem and the bolus’s selenium to improve the cow’s blood-selenium level. The vet explained to me that the Cosecure boluses have a completely unique formulation which means the trace elements (copper, cobalt and selenium) are rumen-available and can effectively target the high molybdenum and low selenium levels in a way that other boluses cannot.

What changes did you make?

After discussions with our vet, we moved to using Cosecure soluble glass boluses 3 times a year for 365-day cover.

They supply the same amount of rumen-available copper, cobalt and selenium each day, so we know exactly what the cattle are receiving and there’s no guesswork or ‘peaks’ and ‘troughs’.

The cows still received mineral via the cake, and we had tried increasing levels, but Cosecure was the only thing that made a difference.

Can you tell us about the benefits you noticed after introducing Cosecure?

Over a short period of time herd performance and productivity increased and we felt that the ration inputs were utilised and production predictions were met. The immune system in the cows improved and calves health saw and an improvement. The herd fertility improved which had an overall benefit of increased yield.

What difference did Cosecure make to your farm as a business?

When we first started using Cosecure, I was still involved in dairy farming and I feel that if we had not been introduced to Cosecure, we would not have carried on milking as it was becoming financially unviable.

Nowadays I use Cosecure Cattle on my suckler herd, replacements and growing stock. It is something that I will never stop using.