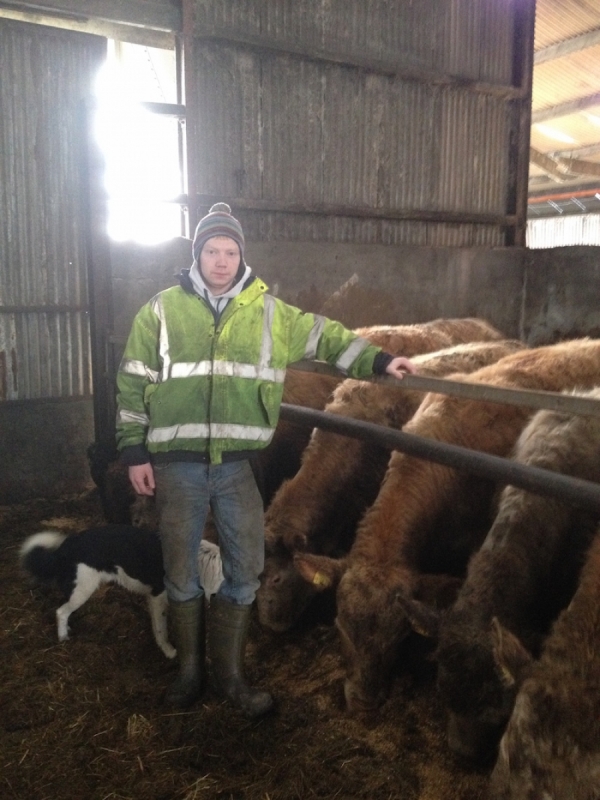 John told us, ‘The animals were suffering from an array of health issues, including poor conception rates and ill thrift. They developed bald ‘spectacled’ eyes, with grey patches, so we suspected trace element issues were the reason for their poor condition. We tried a variety of boluses and nutritional supplements, and while we saw some improvement in the coat around the eyes, nothing seemed to make any difference to conception rates or thrift.’

John added, ‘we decided it was time to take a more scientific approach so we spoke to our vet about the problem. He suggested we take bloods and a forage sample. The results showed that the animals were deficient in copper, cobalt, selenium and iodine and that the copper issue was exacerbated by our high-molybdenum forages, which depletes the copper in the rumen.’

Patrick continued, ‘our vet recommended that we try Bimeda’s CoseIcure cattle and sheep boluses which supply the same levels of copper, cobalt, selenium and iodine every single day. They last for up to 5 months in cattle and 6 months in sheep, so they are really convenient to use. ‘

‘Our vet explained to us that CoseIcure boluses would be likely to work better for us than the other boluses we had used in the past. They are different from other boluses and are made of a soluble glass which slowly dissolves at controlled rate. This meant we could be sure the animals were getting exactly the same amount of trace elements every day. He also explained that the boluses contain a unique ionic copper and cobalt formulation, which is more available to the animals in the rumen.’

John noted; ‘we couldn’t believe the results when we started using CoseIcure. We saw improved conception rates, a shorter calving interval and better body condition scores in both the cattle and sheep. As health, productivity and fertility improved, we have reduced our vet fees and increased our profits, which is of course highly important in the current farming climate’.

Patrick finished by saying, ‘we’d have no hesitation in recommending CoseIcure boluses to other farmers. From our experience, they provide a massive return on investment and a real improvement in our animals’ fertility and health. The other products we tried claimed to do this, but in the end they didn’t deliver’.