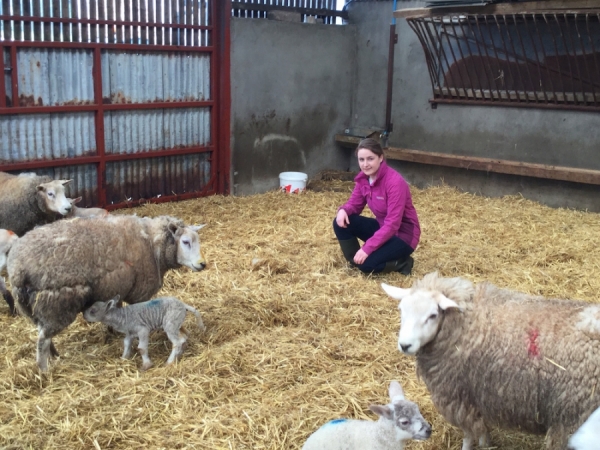 Trace Element Supplementation and Ewe Performance – One Farmer Tells Us about Her Experience.

There are many factors that contribute to ewe performance. One of these factors can present itself in the form of a trace element deficiency. This type of deficiency can have a serious impact on ewe fertility and overall health. One farmer that found herself with the dilemma was Jemma McHugh. She farms with her father in County Armagh in Northern Ireland. They have a flock of 250 cross bred ewes with 50 followers. The McHughs also have pedigree Charollais rams, which are bred to into their own ewes. Jemma was keen to tell us about her experience with Zincosel trace element boluses.

“We found that we were having issues with our ewes last year. Lambing was difficult and we felt that the ewes were not fulfilling their potential. We discussed these issues with our vet and local SQP. We discovered that the ewes had trace element deficiencies. Both our Vet and SQP recommended Zincosel boluses, which supply zinc, selenium and cobalt. They highlighted the fact that Zincosel is a glass bolus, so the sheep would get the same about of trace element supplementation every day for up to six months as it slowly dissolves. This was very reassuring as we were worried about peaks and toughs in supplementation, which can be damaging for health and fertility.”

“This year, our lambing has been fantastic. We have had far fewer issues and overall ewe performance has been great. The continuous supply of zinc, cobalt and selenium has helped overcome the trace element deficiency in our sheep. It has improved their overall health and fertility - we are very pleased with the results of using Zincosel boluses.”

Trace element supplementation in any form should only ever be provided where a need to do so has been established and on the advice of a veterinarian, animal health advisor or nutritionist.